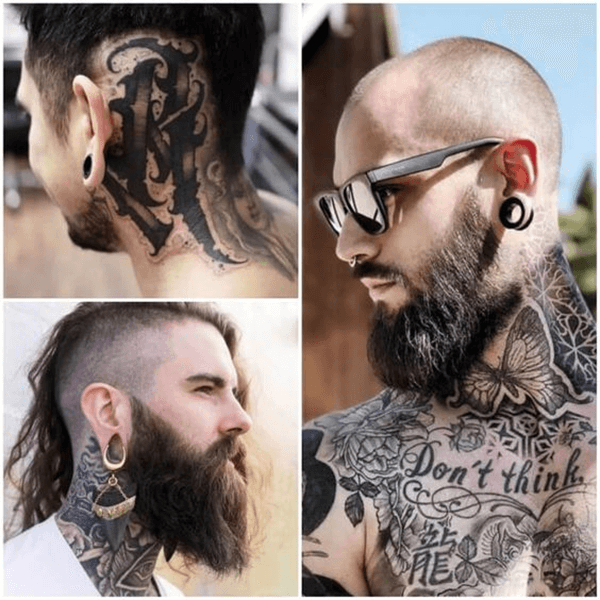 You are a man and you are considering to do ear piercings. There are various reasons that could be motivating you to go for this body piercing. However, you are not very sure whether ear piercing is a brilliant idea. Will you face backlash from society or what are the benefits of the piercings?

For years, ear piercing has been a common tradition among women. From the look of things, this culture is not going anywhere. Men jumped on this bandwagon and it is now being practiced by both genders.

This trend has been quickly adopted by men to the extent that there are designated ear piercing centers for men. These parlors are designed to meet the specific needs of men.

But, before you find yourself in such parlors, there are some trivial things that you need to know about this practice. In this article, we are going to break down the little known benefits of ear piercings for men.

Before we get down to the benefits, it will be prudent to trace the origins of the ear piercing for men. Even though the practice may appear to be new, it is not. It is probably a reincarnation of an old-age practice that our forefathers used to do.

The male piercing dates back to 5300 years ago as it was proven that the male mummies used to have ear piercings.

Various historical records from different cultures across the world tend to support the fact that men had ear piercings.

In some cultures, earrings worn by men were associated with wealth and prosperity. Contrary to that, it was also considered a sign of the slavery of enslavement. The practice was also heavily linked to health as some cultures believed that it helps to heal some conditions.

In the late 1960s, ear piercings for male adults were associated with homosexuals and hippies.  Some men avoided having them to avoid getting such labels. However, this belief faded with time as straight men started embracing the practice in large numbers.

In recent years, most negative notions that are associated with ear piercings have been thrown out of the window.  This has helped more men to embrace the practice, starting from the celebrities to the common citizens.

Benefits of Ear Piercings for Men 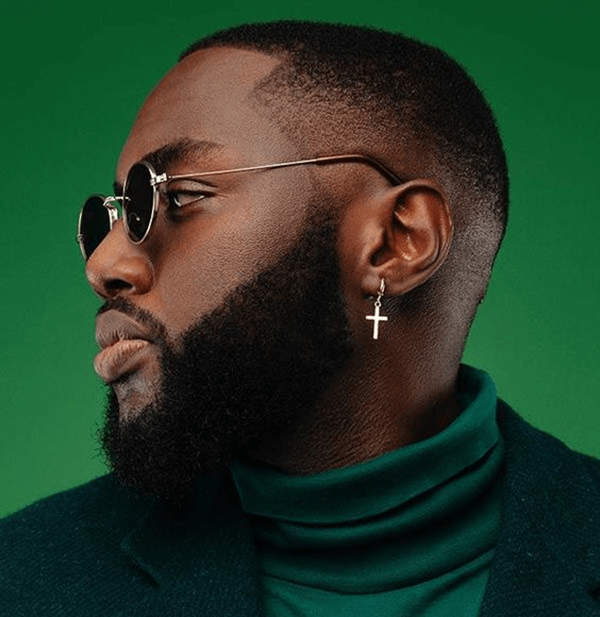 1. It is a way of expressing one’s culture

Ear piercings for adult males can be used as a form of communication. You can use it as a bold method of expressing your cultural beliefs.

Everywhere you go people will see the piercings and will know your beliefs without having to ask you any question.

Apart from being used as a method of passing a message about your beliefs, you can use it as a way of showing patriotism towards certain things in life. If ear piercings are a significant aspect of your culture, it will be best to show your love for them by having ear piercings.

Ear piercing for male adults could be having a deep spiritual and astrological benefit. In some Asian cultures, the practice signified the opening of your inner ears. This means that one will be always ready to listen to the inner message about a particular concept.

If you take this belief seriously, it means that you will always be ready to listen to the wise counsel concerning your social and spiritual aspects of life. You will avoid bad advice and ways that will lead you into deep trouble.

In the spiritual world, ear piercings for men could mean that one will hear all the scared sounds and avoid sin. Such people will then be rewarded for leading a straight life.

It is believed that some form of ear piercings for men helps to improve the body’s digestion system. It will improve the rate at which the nutrients are absorbed from the food and be utilized by the body.

Some people believe that men with ear piercings tend to be strict on healthy eating. They are usually elective on the types of food that they eat based on their nutritional values.

Some traditions believe that ear piercing helps to improve a person’s vision in life.  It makes a man reason out issues more accurately.

In some cultures, men with ear piercings are assumed to be more visionary. They are focused on their goals and pursue their passions to the fullest.

It is also believed that ear piercing helps to speed up brain development in children. They mature faster and understand the issues that affect their lives faster than other children.

5. Ear piercings for  men are also associated with some healing power

Some people believe that the ear piercings for men tend to have some healing powers. It is capable of dealing with several issues that are could be affecting your body. This could be more accurate if the piercings affected nerves that are connected to the brain. The piercing would help the brain process the illness faster and boost the performance of the medicine.

6. A sense of style and fashion

There is no doubt that some people look more stunning not only because of their physical appearance but also because of their ear piercings. This means that piercings can accentuate a man’s sense of style and fashion.

As a man wearing your earrings can improve your self-image and earn you respect from a particular population. This benefit is quite common among celebrities as they are usually identified by the image that they project to the public.

Still, on the aspect of self-identity, the piercings can elevate your status in society. You will be accorded with more respect thanks to your earrings or just the piercings. This is because some cultures tend to associate piercings with wealth. 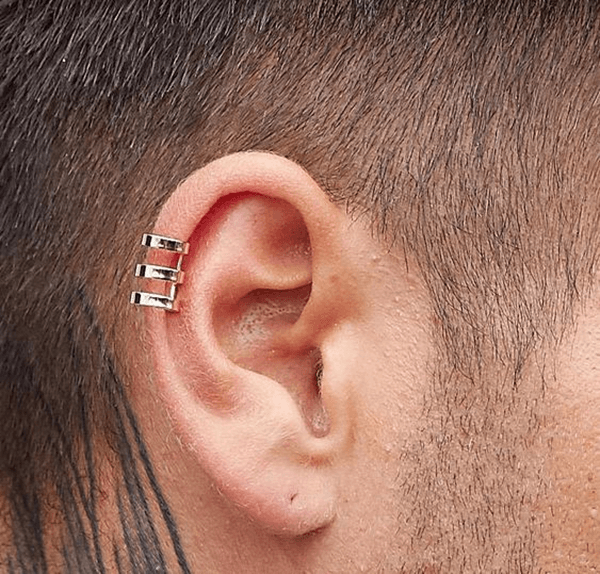 Ear piercings create two essential acupressure points on the ears. These are the master cerebral points and the master sensorial points. The two play critical points in facilitating a smooth and flawless hearing in men.

Also, the improved acupressure as a result of the ear piercings for men helps to keep at bay the symptoms of tinnitus: a condition characterized by the buzzing of the ears.

Do you know that some cultures insisted on ear piercings for men mainly because of their impact on reproductive health?

Some people believed that ear piercings helped to boost sperm production in men. Such beliefs still hold some value to date.  The practice can keep at bay the reproductive issues that are usually associated with the production of sperms. 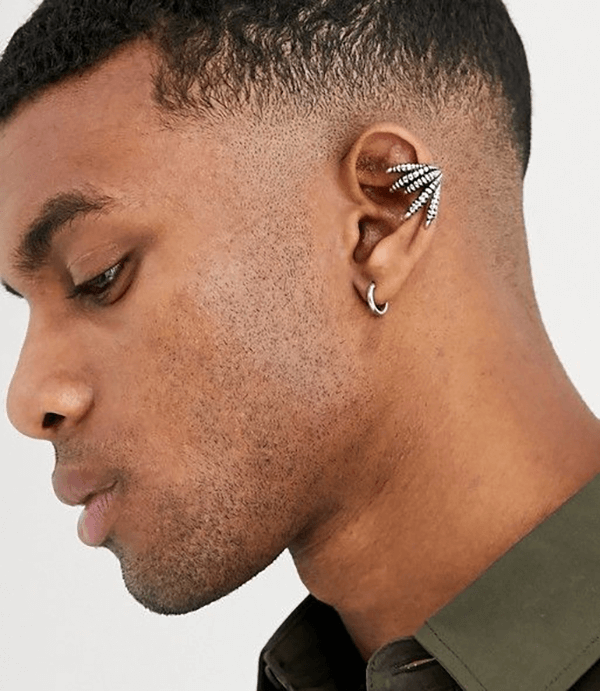 As we have already stated, ear piercings for men boost the health of the brain. On the other hand, it also keeps neural conditions at bay.  Basing on the acupressure theory, the piercings prevent mental conditions such as anxiety, OCD, and nervousness.

It is believed that men who have ear piercings are rarely restless or nervous, even when faced with challenging situations. So, maybe you should consider having the piercings as a natural remedy to such brain conditions.

10. Improves the eyesight in men

There is a close relationship between the ears and the eyes. The center of the vision is strategically located at the center point of the ear. This means that any activity that takes place at this point will affect one’s eyesight.

Ear piercings tend to increase the pressure at this center point. The impact will be transmitted to the eyes whereby it will accentuate the vision. This will also help to keep the eye-related conditions at bay.

Some people believe that ear piercings boost the flow of energy in the body.  It makes one feel good and helps to get rid of the negative emotions. In other words, piercings can play a role in improving one’s mood.

Are you overweight? Have you been struggling to cut some weight? Ear piercings for male adults may be the ultimate solution. Still basing on the acupressure theory, the piercings are capable of controlling one’s appetite for food. In doing so, you will be able to avoid eating junk foods hence reduce your weight. 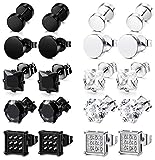 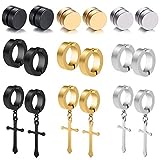 Whether it is science or traditions, it is clear that male piercings come with an array of benefits. No matter how minor they appear to be, they are worth living for.

After the piercings, your next move should be to get the bests pierces of ear jewelry.

Got any ideas? Contact Us Now
Go to Top